I recently re-joined Fizzle for the third time, and last night I managed to attend my first Fizzle Community Happy Hour since doing so.

There were about 10 of us on the call in total, with some familiar faces from my time there as a member previously, as well as some new faces.

We went round the group in turns and when it came around to my turn to “check in”, I felt a little nervous but mostly excited. I expressed that I was grateful to be back here amongst fellow weirdos doing our own blogging thing (hopefully I didn’t offend anyone… I don’t think I did, I think they felt the good vibes in my sentiment).

Honestly, I am in a place where I feel pretty grounded in who I am and the choice I’ve made as an independent writer slash solopreneur, but I come across very few people in my “real life” doing something as crazy and weird as I do.

And I gt super excited when I do. Like I did last night on that Fizzle call. And like I did when I got to spend time with fellow indie Sasa in Madeira last Summer, after we’d first ‘met’ online thru IndieHackers.

Here’s the two of us chilling after recording a podcast conversation together: 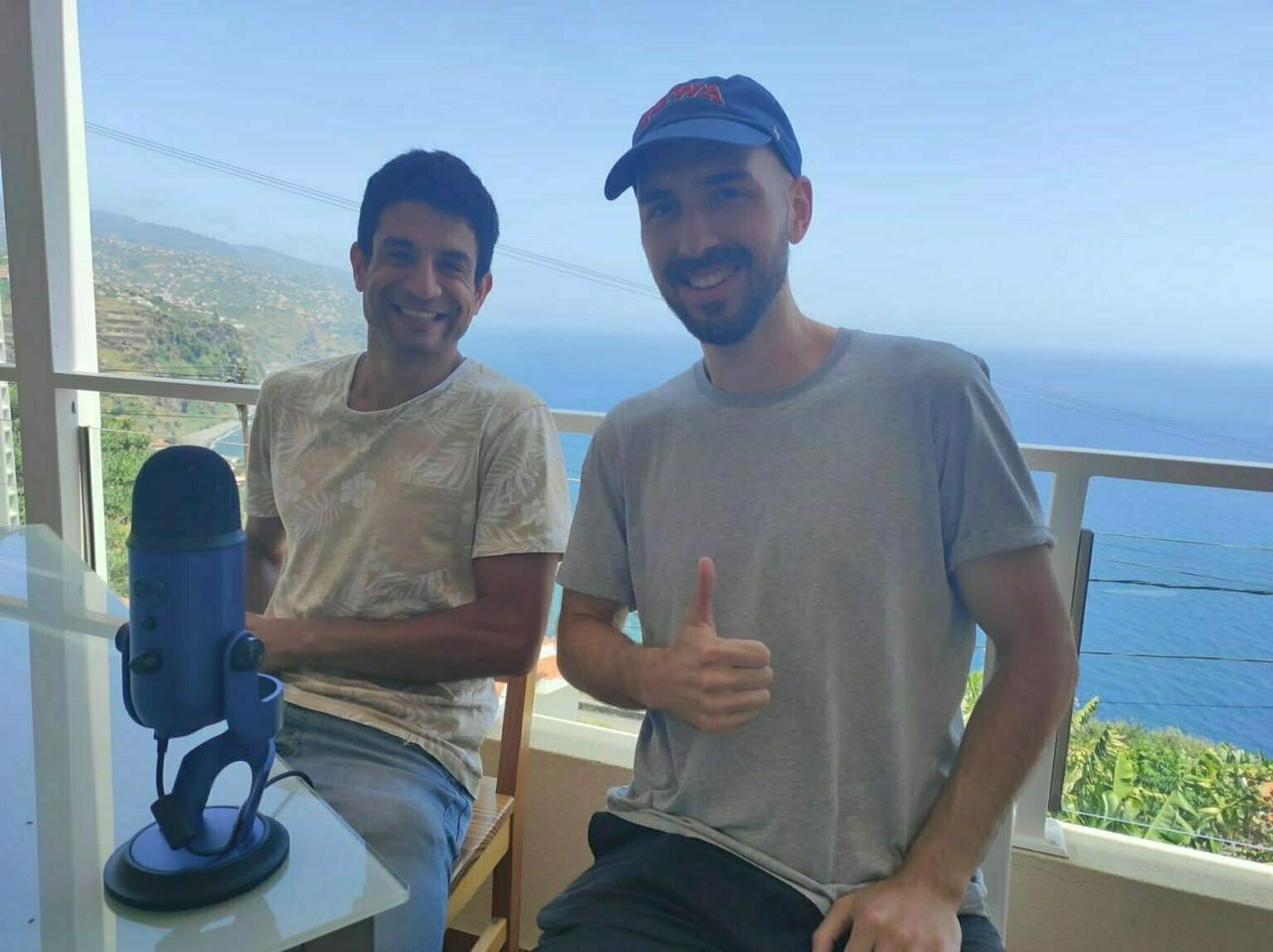 I cannot tell you how awesome it was just hanging out together. There’s something huge about spending physical time with people who are walking along this same, crazy, weird path as you. It’s nourishing for the soul and really helping on a psychological, emotional and SOUL level.

Does anyone know any communities (online or IRL), for independent creatives or creators?

At co-working spaces there’s a lot of folks working in/for startups. In the digital nomad village where Sasa & I hung out, pretty much everyone else was a remote employee or contractor of some kind. It’s the same sort of deal in the various “places I’ve worked from” in the last couple of years - my gym cafe, the yoga studio I was a member at for a year, the coffee shop I’m writing this post from…

What I’ve realised is that indie creators & creatives, and especially those “doing their own thing full-time” are really hard to find.

I suppose what I’m really after is a “community for solopreneur folks building an independent platform around an email list”. Ideally working on “their thing” full-time, even if it that means (like me, like Sasa, like pretty much all the folks I know on Fizzle) they’re not yet making a full-time, sustainable income from what they’re doing. (yup, I am aware that I am being very specific aka fussy 😆)

They might be yoga teachers, or artists, candle-stick makers, you name it…

Typically they’re building a “brand” (i.e. some kind of sustained following online around a blog / newsletter / email list). I know they’re out there, it’s just been a case of finding them…

Fizzle is the closest thing I’ve found to this. Other communities I’m aware of are Indiehackers (online) and WeekendClub (hybrid), both being mostly developers working on side-projects.

As someone who isn’t a developer, and having now moved beyond working on my thing part-time, I feel a little I suppose… different… to others in these places. (that being said, I’ve met some amazing people and had some nourishing convo’s with folks in both of these places - including my now-friend Sasa 😊🙏)

I may try out someplace like Kindred or TheHalley, which are both close(ish) to me here in London.

(I’ve even tried trawling the Patreon search page for “folks like me” to set up a mastermind group for myself (I was unsuccessful), and I’ve come across some really interesting folks (creators 🙌) in the Discord there but… it’s still more of an online chat rather than a more thoughtful, considered space that invites meaningful chat and connection… and it’s still online)

Honestly, I feel like an in-person community would be a game-changer for me.

Do others communities for indies (of the creative/creator variety) exist??

I may have to add “starting an indie writer & creator community” to my long list of things I want to do in my life, but if there’s something out there that already exists I most definitely want to know about it. In case I haven’t made that clear enough already 😅

So pls do let me know of any online, hybrid or in-person communities in the world* that you might be aware of that might make Jas happen. He’ll be very grateful, and you might make his soul very happy… 😁

*I’m planning to disappear someplace(s) this year, so if you know a collective in some far-flung corner of the world, I am still very much interested in hearing about it!